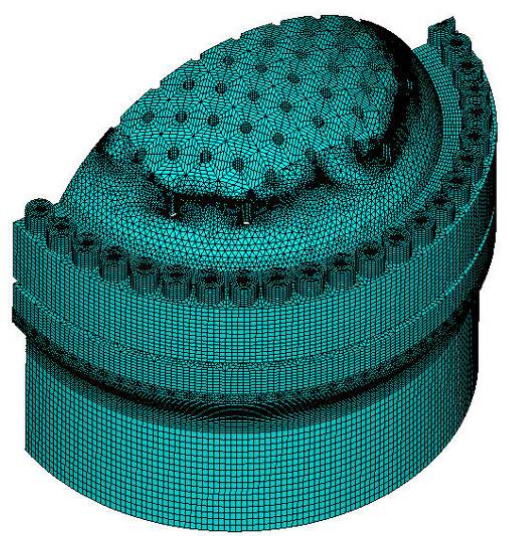 During Nuclear Regulatory Commission (NRC) Reviews of the vendor’s Reactor Vessel (RV) design, many Requests for Additional Information (RAI) were generated. One of these RAIs was related to the design of the RV Control Rod Drive Mechanism (CRDM) and Vent Pipe RV head penetrations. The original design analysis of record for the CRDM and vent pipe penetrations showed that the center CRDM and vent pipe penetrations exceeded the ASME Section III Subdivision NB limit for primary, plus secondary, minus thermal bending stress that is required for a simplified elastic-plastic analysis to be valid.

NuVision’s plant engineering group performed a plastic analysis per Section NB-3228 of the ASME code. To perform this analysis, a bounding transient was used to represent the most severe loading cycles on the center CRDM and vent pipe during plant operation. Using ANSYS software, a geometrically accurate 2-D axisymmetric Finite Element Model (FEM) of the center CRDM, vent pipe penetration, and a portion of the RV head was created. A Finite Element Analysis (FEA) was then performed to show that the CRDM and vent pipe penetrations meet the code requirement for shakedown analysis (no continuing deformation). By cycling the bounding transient 50 times, including mechanical loading, on both the CRDM and vent pipe penetrations, NuVision was able to prove that both shake down to elastic behavior.

This effort by NuVision Engineering was greatly appreciated by our customer’s RV group as it resulted in a simple documentation addenda to their design package rather than a RV head redesign. 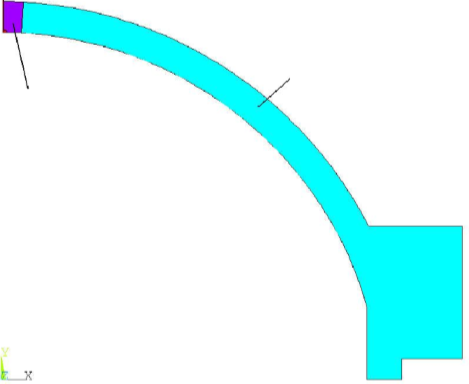 NuVision Engineering is a subsidiary of Carr’s Group plc, an international leader with market leading brands and robust market positions in Agriculture and Engineering in 50 countries around the world.
Go to Top